We interview Keren Rambow, the Services Marketing Executive for General Electric Aviation based in the USA. She takes us on a journey through her career, what it takes to be a good engineer when you aren’t the smartest in the class and how she landed one of the best jobs in the world. 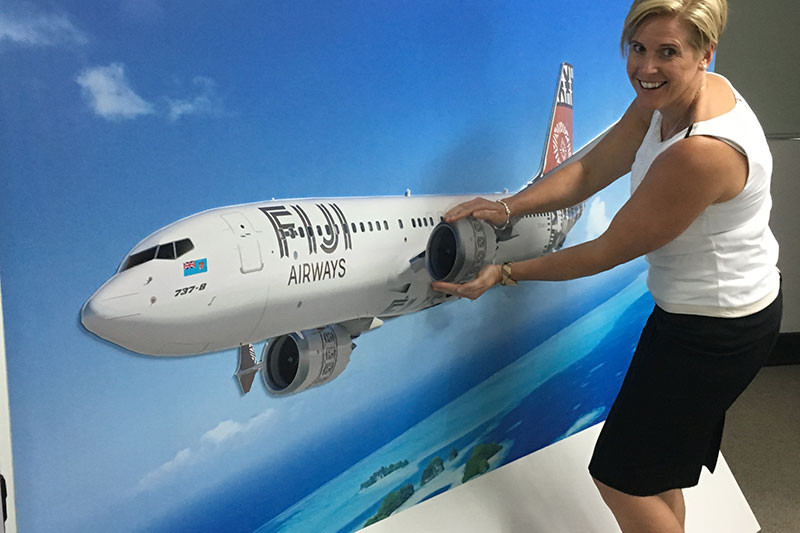 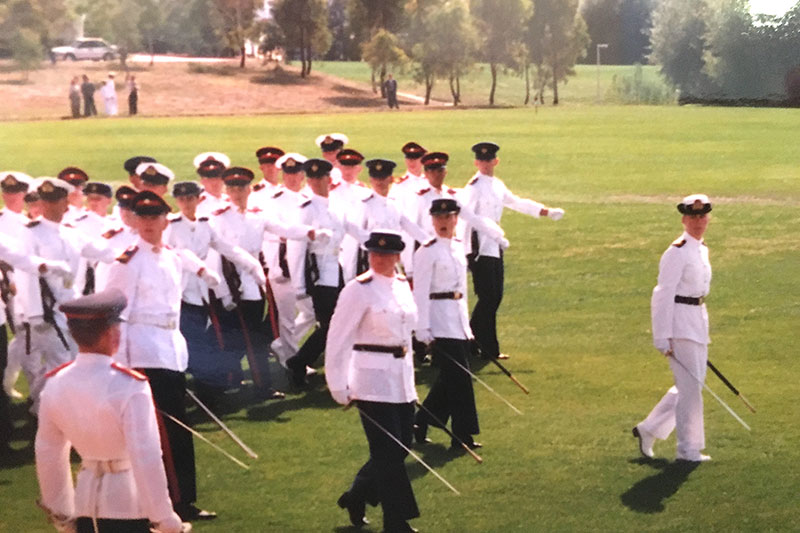 What is your current role and what do you do?

I’m currently the Regional General Manager of Sales for General Electric (GE) Aviation’s Commercial Engines in the South Asia Pacific Region, covering Indonesia, the South Pacific Islands, Australia and New Zealand. However, I am about to become the Services Marketing Executive Leader for Global Services and that will see me based in the US at GE headquarters.

To explain my current role, I have a team of Sales Directors and we sell to and support all the airlines in our region. We provide engines for all their aircraft and we offer services for those engines, usually over a 20-year period.

We team up with either Airbus and Boeing, depending on which aircraft an airline is buying. Whether or not GE offers a choice of engine for the aircraft determines the level of sales campaign we do. That’s one part of my job, the other part is to look after customers that are currently flying our engines. We have customer support teams, with a number of engineers, working onsite at each airline to support those airlines and ensure the aircraft keep flying. Whenever there are support issues, we jump in and help where we can.

The third part of my job is General Manager of Australia and New Zealand – there are a number of different parts to our business in these countries. From military supply chain to fixing avionics systems and propellers at Brisbane Airport, to an additive manufacturing section. I provide general leadership over all the teams that are in those different areas, which is the third facet of my role.

Additive manufacturing? Sounds interesting, what exactly is it?

What does a normal workday look like for you, if there is such a think?

For me it’s varied, sometimes I’ll be sitting in the office getting deals approved, other times I’ll be visiting airline executives, or developing customer relationships to understand their requirements and any issues they may be having and making sure we are meeting their needs. So I am out and about interacting with them, there are a lot of meetings, dinners, lunches and coffees and things like that, to be in an environment where we can get to know each other and build a relationship. I also interact with the engineering team of each airline so I do get to visit the flight line. It’s not as often as I would like, but it does get me out and about to help develop an understanding of the operational aspects of our engines. It’s enough to give me a flavour of the teams and the staff supporting the engineering teams, and how we are meeting their operational goals.

What is the favourite part of your job?

I like the variety of my job, I like how I can bounce between the three different aspects of the role. I really enjoy being with the customers and understanding the different cultures of each airline. Seeing a new culture and how they try and fly their aircraft I find very interesting and something I really enjoy and I learn a lot in the process.

Because I’m interacting with the CEOs, I do get an interesting view of the strategies and the commercial aspects of how they run their airline, I feel very humbled and privileged to be able to interact with them like that in this job. A good example is Lion Air, I love working with the owner. When they went through the crash it was very interesting experience. I was over in Jakarta two days after it happened, to be there for them after such a tragic and terrible accident and seeing the heartfelt anguish of the whole team and company and how upset they all were – that kind of experience brings you very close to the team. 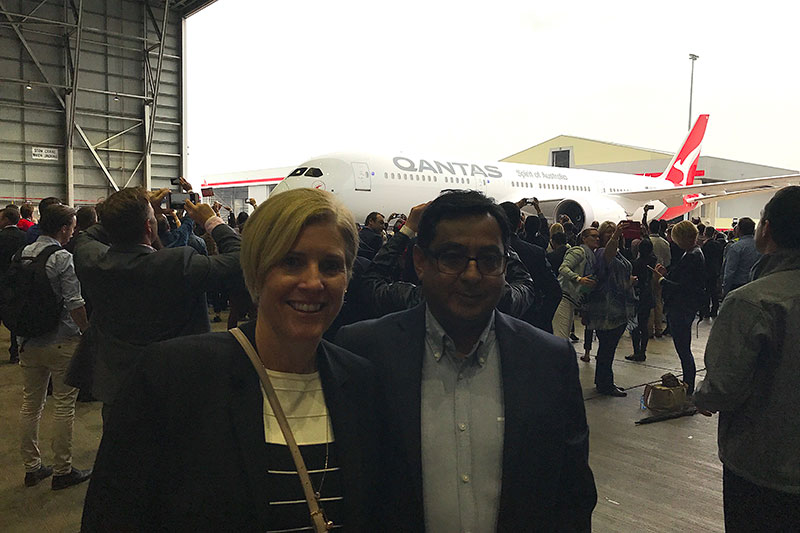 Your career, how did you get to where you are today?

I kind of thought ok I’m joining the Air Force, I’ve have this path sorted out, it’s all clear. I stayed in the Air Force for 15 years and I had some great jobs in the Air Force, I did some fun stuff, I was flying in different aircraft like Caribous, Hercs, F-18s, CT-4s, PC-9s, as an engineer not a pilot. I also got to do a lot of design engineering and I went on an exchange to the US Marine Corps squadron in Miramar, that’s where I met my husband. I then came back and worked in logistics and engineering, the Air Force gave me a lot of exposure to different parts of engineering the operational side, the design side and the certification side of it as well. I then left the force so I could move back to the US, where we started our own aerospace company. It’s called Pacific Aerospace Consulting – we have built it up from me being the only employee to just over 50 staff. Employees are based all around Australia and the US – it’s been 17 years and it really has come a long way. GE came and approached me four years ago.

How does GE approach you? A massive global company, how does that work?

I never thought they would approach me but it comes down to those personal connections you make. The guy I was replacing was someone I have gone through ADFA with and he was asked if he knew any good people he could think of to replace him. They were particularly looking for a woman because they didn’t have any women directors at all. I actually laughed at him when he asked me to apply. I didn’t particularly want the job, however through the recruitment process (there are eight interviews) they convinced me to make this change in my career direction. I was a bit concerned because this would be in sales and engines and my background was in avionics. How was I meant to sell engines when I have a background in avionics? GE convinced me by saying they have a whole marketing team of experts in the company, that I didn’t have to know it inside out, my job was going to be developing relationships and trust and leading the team to sell the products. So I took a leap of faith, the way I viewed it- I had been successful in the military, I felt that we had reached a certain level of success with our own company in the small business environment, my question to myself was “could I be successful in a big corporate company?” I thought ok this is another professional challenge, let’s just jump through a door I never thought would open and see if I can be successful at it. What I have learnt over the years is to look at challenges like this; It’s just another problem, I can break it down, I’m a reasonable logical person and I can do this. The learning curve was crazy – I look back at it like I was running, just sprinting for 18 months trying to keep up with it, but I learned so much. This position I’m in now came up 18 months later and they thought I had the leadership capabilities to do it.

What qualifications did you need?

I got into the Air Force as an engineer however the week before I started they said they didn’t have a position for me however I could still join, get a science degree and become a supply officer. I found that devastating because I wanted to be an engineer. They said after the first year if I did the right subjects, I could swap over to an engineering degree. So I did that and I did really well however they still wouldn’t let me swap over and I was ready to leave the Air Force at that point, I even had a position at university to do mechanical engineering however my parents said that if I leave the military they would not support me as we think you’re on to a good thing with the military. So, I threw a tantrum but stayed, I ended up completing a maths/ physics double major and then I did an honours year in High Energy Astrophysics. When I got to my first job, my boss said to me why aren’t you an engineer? He suggested I go back to university part time and get my electrical engineering degree. Because of my previous studies, it only took two years. Then I became and electrical engineer – what I wanted all along – it’s the most hilarious thing. What I learnt is that you don’t have to be the most intelligent person in the class to be an engineer, you have to be proficient at it, but you don’t have to be the best. Good engineers are people who are team players, who can think creatively and logically and contribute to the team.

The roles I have been in have required me to have an engineering degree, it doesn’t matter which type of degree or Masters qualifications. I have noticed over the years that it is your attitude and how you lead people that is most important.

There are some kids out there that are not suited to going to university, so going and doing a hands-on role first and getting that experience is much better for them as an individual. I think we need to avoid devaluing that approach as it’s an important part of the industry and we should keep encouraging hands-on experience.

If you could go back and talk to your younger self what would you tell her?

I think it would be confidence, don’t be scared to go and do it. You can second-guess yourself and feel like an impostor. Can I really do this? Am I meant to be here? But you are, you can offer so much to the group.
Also standing up and being more visible to other women, at ADFA we tried to blend in and not stand out, we just wanted people looking at us for our skill sets – not because we are different. I think now women really should stand up and be more visible for other women and hopefully more women will follow. I’m trying to make up for that now, which is why I like to do things like this, I think it’s important to be visible.

If you had one piece of advice for young ladies going into Aviation what would it be?

The path is not straight, don’t worry about it and embrace it. If a door opens in front of you just run through it, because it will give you a much more colourful experience. Embrace the adventure and go for it. 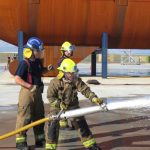